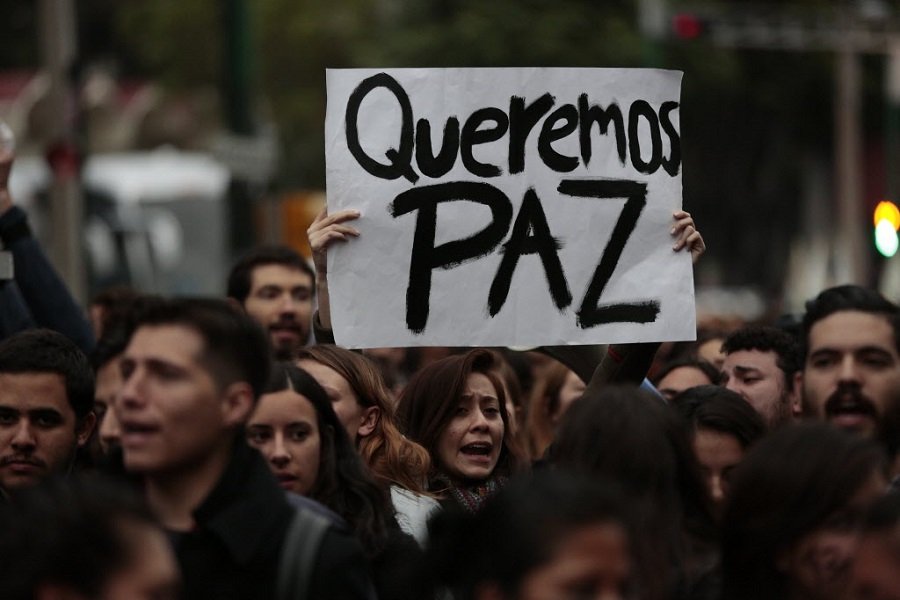 A strategy to elect a new congress

There has been much talk lately of Bernie Sanders leading a progressive realignment of American politics. Indeed public support for Sanders’ domestic program such as free post-secondary education, paid parental leave and single payer health care represent the political criteria necessary for such a shift. The groundswell Sanders triggered expresses the desire of tens of millions of Americans for far-reaching change.

Sander’s domestic economic reforms, if legislated, would vastly improve the lives of working class and poor Americans. Sanders says he can win a majority of their votes in the general election. Based on match up polls Sanders is doing just that as he does as well or better than Clinton against GOP contenders. This is evidence he has tapped into an existing constituency for progressive realignment.

To Sanders credit he has responded to pressure from Black Lives Matter activists stretching his program to include a critique of police brutality invoking the names of those killed at the hands of police. Clearly he is not trying to win the law and order vote that Bill Clinton pandered to in his 1992 campaign. Sanders has also taken a principled stand against violence and hate speech directed against immigrants and Muslims. His anti-one percent agenda challenges both the GOP’s rightwing politics and the neo-liberal policies of the Democratic Party.

Yet enacting Sanders’ domestic program would require a new congress, not just a new president. And, secondly, Sanders chances of winning the nomination is unlikely unless he makes a clean break with the Democratic Party’s long history of supporting an imperialist foreign policy.

On the issue of foreign policy Sanders is much less clear with his supporters and the American people than on domestic issues. He likes to say, to his credit, that he voted and lobbied against the Iraq War calling it the greatest U.S. foreign policy blunder in history. Yet beyond that vote the evidence he would lead a progressive realignment on U.S. foreign policy is thin.

He had reservations about, but did not oppose the U.S. plans attacking Libya, the result of which by his Iraq criteria he should be calling the second worst U.S. blunder. No doubt his track record on foreign policy decisions is better then Clinton’s, but that does not make him a peace candidate, as he appears to have become. Curiously, his campaign does not list any foreign policy advisors. Typically this provides the public a window as to what a Sanders administration would look like. While this may be strategic and smart, it places more onus on him as a candidate to be more specific.

The responsibility to push him further weighs heavily on those of his supporters who oppose the long-standing bi-partisan imperialist foreign policy. Of course, leading foreign policy realignment requires convincing a majority of Americans to back it. Bernie may not be sure support for realignment is firm enough to risk the potential backlash from the bi-partisan foreign policy establishment. Compounding the decision is that recent terrorist attacks and the upsurge of ISIL, may have undercut the slim anti-war majority.

Yet, taking such a risky step may be his best chance to wrest the nomination away from Hillary. The public knows she is a war hawk; and for this reason young people in particular, have embraced Sanders in hopes he will be less likely to take the country to war. His emphasis on diplomacy is welcome, but what are voters to make of his vague commitment to ensure “the decision to go to war is a last resort.”

Sanders talked little about foreign policy until a December 2015 debate when he charged Clinton had been too quick as senator and Secretary of State to support the use of military force. Since then his support rose to a high of 42 percent among Democratic voters nationwide from 30 percent, where he had plateaued. While evidence of a direct correlation cannot be proven, it may be an indicator of an opening for realignment on foreign policy. The question is he willing to lead it?

Were he to take a few more steps toward challenging U.S. foreign policy might he convince more voters? On Super Tuesday, March 1, voters in 10 states will show their cards. At this time, polls show Clinton will win 60-plus percent of the delegates in these states though there are signs of movement toward Sanders. The questions looming over his campaign is foreign policy. Can he recruit more supporters without taking as clear a stance against war as he has against the oligarchs of capitalism?

His remaining bet among those he has already made would be to mobilize the ‘we are tired of war vote.’ What might such a message to voters entail? Perhaps a statement such as the following:

It is time to acknowledge that the bi-partisan decision to carryout a military response to the terrorist attacks of 9-11, and the subsequent invasions of Afghanistan and Iraq, has led to an exponential growth in terrorism. Shortly after 9-11, U.S. intelligence officials estimated al-Qaeda members numbered less than 500. Today, al-Qaeda and groups it spawned, like ISIL, Boko Haram and the Al Nusra Front, have recruited tens of thousands and operate in a dozen countries.

Today I am taking a stand with a majority of Americans who are tired of war with no end. I know this majority is slim, especially given the recent terrorist attacks and the rise of ISIL. Suggesting a pullback from a military strategy could cost me support. Yet, I cannot in good conscience any longer go along with the war on terrorism. I suggest for discussion the following ideas for changing course.

We cannot know where such an approach might lead, but testing alternatives is long overdue. These initiatives would signal to moderate political forces and to the citizens of the region that the war on terrorism will end and destiny is in their own hands.

The people of these nations and the region are capable, smart and industrious and they will find a way to quell the appeal of Islamic fundamentalism if we end the war on terrorism. Our military strategy makes their efforts more difficult. Millions of Americans now realize the war on terrorism has made us less safe. In light of this it would be foolhardy to stay the course.

Sanders could make a lasting contribution to American politics were he to open this discussion. Sound unrealistic? Perhaps. Yet for many Americans it might appear more realistic than recent plans announced by U.S. military and political leaders to enlarge U.S. combat roles, including sending ground troops to Libya and adding to the 3,400 troops already re-deployed to Iraq.

As might be expected such a challenge to U.S. foreign policy will not be taken lightly by the military-industrial complex of bankers, contractors, weapons manufacturers and fossil fuel giants. They reap the profits of war. They are well connected with the leaders and backers of the Democratic Party. Look no further than the long list of Democrats who as Secretaries of Defense and State were the managers of U.S. imperialism. Obama’s current Secretary of Defense, Ashton Carter, is ideologically little different than Democrat Robert McNamara of the Vietnam War era or even Donald Rumsfeld under G.W. Bush.

To build a movement strong enough to defeat the power behind such people will be a protracted struggle of historic proportion. It will take an overwhelming peace majority in congress with the power to subdue the military-industrial profiteers. It will not be resolved in one election cycle; but Bernie could begin it, just as he has on economic policy. After 14 years of war, Bernie might find the public receptive to a plan for peace.

A political revolution sufficient to pass Sanders’ domestic program, let alone win a peace majority, will require electing as many as 200 new house and senate members to replace corporate Democrats and any and all Republicans. This is the missing ingredient for realignment. At least publicly, Sanders’ campaign has no such strategy. However, Sanders grassroots supporters have the organizational capacity to do so independently.

What might be done? For starters, delegations of Sanders supporters could meet with their House and Senate representatives. Where do they stand? With Clinton’s wing or the insurgent Sanders? Can they be persuaded to support Sanders’ program? If not, recruit a challenger. Elementary perhaps, but this, and Sanders’ weakness on foreign policy, are the missing strategies at the top of the campaign.

Organizing such a campaign in conjunction with the Sanders’ campaign would build the capacity to challenge congressional GOP incumbents and right of center democrats whether or not Sanders wins the nomination. Without such work, once Sanders looses the nomination, assuming he does, politics as usual will go on, unless he were to change his mind and run an independent campaign.

It would be a shame to lose the momentum behind Sanders. Instead, it can be channeled into congressional races. Take on the GOP and conservative congressional democrats. Run against them. Even in districts where it might seem unlikely to win, the groundswell around Bernie could become a deciding factor. It takes fewer than 200,000 votes to elect a House member. There are nearly this many Sanders’ voters in some districts.

I don’t want to spoil the Bern for Bernie enthusiasm, but I don’t think he will get the nomination. I cannot imagine a party in the grips of some of the largest corporate money bags in the nation and a party as an institution that has largely supported every invasion, covert action, coup and military budget for decades is going to trust Bernie Sanders with their dough and the bi-partisan imperialist project. This is all the more reason to enlarge the opportunities the Sanders’ campaign shows are possible and begin the task of electing a new congress in 2016 and beyond.

A congressional strategy is the most tangible, visible and practical means to advance the political revolution Bernie ignited. Even small steps toward independent politics would be instructive. The skills, enthusiasm and organizational capacity of Bernie’s campaign can easily be directed to support progressive Democrats, Green Party and even left of center candidates to further Bernie’s insurgency inside and/or outside the Democratic Party’s electoral process.

Whether or not he wins the nomination, go for it. We need a congress beholden to the 99 percent, not the one percent as it is now. If elected, Bernie will need a new congress. Be a thorn in the side of the establishment and keep the Bern burning. Then perhaps in the years ahead we can forge a real party of the people, to challenge the politics as usual of both parties that Sanders has so forcefully called into question.

That would be a real political revolution.