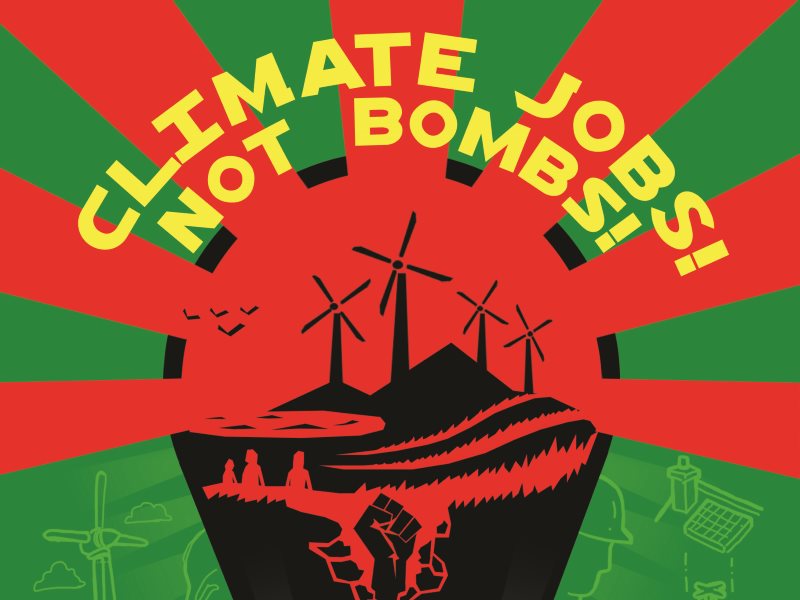 Dozens of plans to keep the Bern burning “after Bernie” are jogging across the Internet of late. Many are liberal diversions intended to keep a lid on the discontent Bernie ignited and coopt it into the orbit of the Democratic Party. Others suggest forming yet another progressive pressure group with the futile mission of reforming the Democratic Party.

Millions of rank and file Bernie supporters already know the answer. Their expectations for change have outgrown the party’s establishment and they are not likely to get excited about revitalizing a party they know more than ever is beholden to big business and an imperialist foreign policy. They did not invest time and money in Sanders with the intent to reform a party that is incapable of leading the political revolution Sanders calls for.

The big-money donors to the Democratic Party are not about to put it up for sale either. They are not going to entrust their party to the democratic-minded masses yearning for social benefits, like free post-secondary education and health care, when the invoice of several hundred billion dollars is postmarked to the financial and corporate sector.

Yes, this election year is frightening given the racist, nativist rhetoric and violence surrounding the Trump campaign. But it is time to take a deep breath. The future of the United States does not depend on the outcome of the 2016 election. It depends on expanding the influence of the consciousness, attitudes and values underpinning the Sanders campaign. And this means taking up the difficult task of persuading those caught in the webs of racism, nativism, sexism and homophobia to rethink the history and values informing their outlook. This thinking existed before Trump and is now openly expressed through him. The historical evidence suggests we cannot leave tens of millions in this mental fog and expect the hate, anger and violence to subside.

The extent to which Democratic Party leaders and candidates, Clinton or Sanders, contribute to this effort will depend on the work of mass movements. The firmer the stance they take of course the better, it may create a more favorable climate, but it will be insufficient to change people’s thinking. That depends on mass movements reaching out and doing the hard work of educating, organizing and persuading.

This is the division of labor. Clinton, the likely nominee, and the Democratic Party establishment, will win or loose with or without the assistance of progressives or left, peace and environmental activists or those working for racial justice. The other task for activists in 2016 is to begin a discussion about unifying social and economic justice movements and labor around a common political program in opposition to the two parties’ programs beholden to big business interests and the bi-partisan imperialist foreign policy.

A reality: Bernie supporters in critical swing states may face a choice to vote for Clinton in the general election or risk Trump winning, that is, if he becomes the nominee.[i] The discontent with Clinton and the party establishment leaves many Sanders supporters ambivalent or reluctant to cast a vote for Hillary, if Bernie is not the nominee. It is helpful to reframe this conflict in the context of the above questions.

A vote for Clinton does not mean one supports the Democratic Party or even Hillary. In the political turmoil of 2016, it would simply be a pragmatic, tactical vote to reduce the chance of a Trump presidency that arguable would create less favorable conditions for millions of Americans and immigrants.

There is a tendency to frame such a practical vote for Hillary as one that also requires investing countless hours volunteering for the party and donating money. There is no reason to work for a candidate with whom one strongly disagrees on many issues. Clinton will have plenty of money and volunteers.

Planning to cast a vote for Hillary also does not preclude challenging Clinton’s record or protesting her and the Party’s positions. In solidly Democratic states activists could even encourage people to vote for the Green Party’s presidential candidate to register discontent and to support a program even more advanced than that of Sanders.

It is also a politically and tactically irresponsible to urge people not to vote for Hillary in key swing states. This would fuel division, especially with African American voters. Anger and self-righteousness do not engender smart political tactics. Thinking a Trump victory will spur some kind of revolution is also wishful thinking and foolhardy. History teaches it is more difficult to bring about change in worsening conditions. In 2017, people’s social movements will have enough to cope with given another capitalist economic crisis is unfolding without having a Trump presidency to contend with as well.

Keeping in mind the needs of those most in need is the key to charting the most effective political tactics in 2016 that will minimize the dangers and capitalize on the opportunities. These needs include meaningful immigration reform for 12 million undocumented workers, ending mass incarceration and making reparations for the injustices committed, reversing the losses in women’s reproductive rights and standing against the growing violence in our country against Moslems.

To risk a Trump presidency, by inaction, neglect or out of self-righteousness, would be to fail those most in need. No doubt a Clinton presidency will continue the neo-liberal economic and foreign polices many Sanders voters reject. Yet, the best route to challenge this status quo is to build mass movements and alternative electoral forces that speak to people’s discontent and channel it into a struggle for an independent political program for jobs, peace and justice.

If Sanders does not prevail, Bernie activists should shift their enthusiasm, time, skills and dollars into mass movements for peace, jobs and justice and working for candidates at local and congressional levels that support the values and program of Sanders’ campaign. The times may call for casting a pragmatic vote in key swing states, but that does not require jumping on the Democratic Party bandwagon, a party that is clearly out of touch with the yearnings of a majority of its own voters.

A few examples will help illustrate this pragmatic approach that will also keep the political revolution Sanders called for alive and growing.

For example, working on a peace petition campaign that expresses Americans’ desire for a change in U.S. foreign policy would contribute more to defeating Trump than working directly for Clinton. Working on Clinton’s campaign would require defending her foreign policy record. A mass movement approach leaves open the choice for voters to support Clinton for other reasons, yet challenges the bi-partisan foreign policy of war and aggression. This is the people to-people educational and organizing work needed to change consciousness about foreign policy.

Another good example is to compare the prospect of struggling against racism from within the Democratic Party or in mass movements like Black Lives Matter. The later is far more effective due to party’s limited positions. Within the party, activists face the contradictions of having to speak to Hillary’s support for the now much discredited 1994 crime bill signed by Bill Clinton and policies like Obama’s mass deportation of two million immigrants. At the same time, such work creates the political consciousness to contribute defeating Trump and forging a political climate necessary to gain the upper hand against reaction.

It is time to work to build alternatives to the two parties of capitalism that can amass the power to win the political program Sanders advanced and much more. It is an enormous undertaking, but history shows that relying on the Democratic Party to support far-reaching change in our society is not viable.

I offer the following After, or with, Bernie trajectory based on the analysis in my 2015 book, Which Way Forward? Challenge the two-party capitalist system. It would be a stretch to suggest it is possible to organize an independent political and electoral movement in 2016, but this is what the Sanders campaign shows is viable, possible and necessary as we look to 2018. My book and this analysis pose short and longer-term steps to capitalize on the Bern in 2016 and beyond.

Power to the people!  Not a bygone slogan; but a historical necessity.

[i] There is still a chance Trump will not be the nominee as there are significant party and non-party forces working to topple him. A corruption scandal or other expose may also cause his downfall. Many progressives and liberals think either Clinton or Sanders would easily defeat Trump. However, if the GOP strikes a workable bargain with Trump, it would be foolish to underestimate his electability. This is ever more reason for employing sophisticated, practical, but principled tactics.