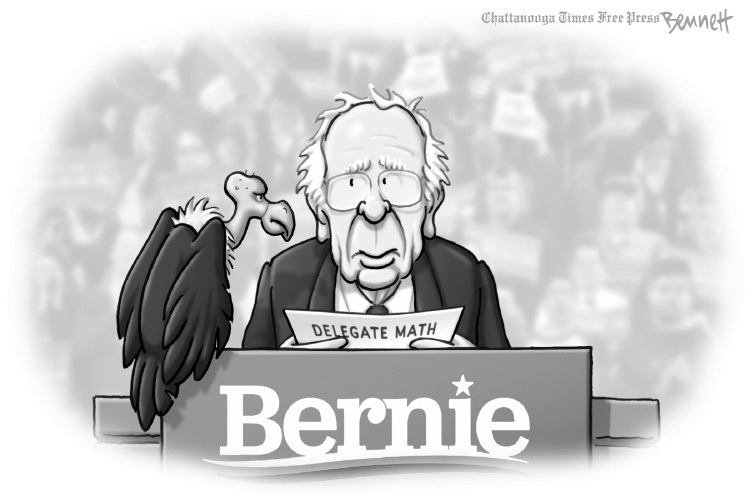 Organizing an offensive from the 2016 election

Toward a people’s program for a peaceful foreign policy, racial justice and economic security

As the likelihood of a Trump victory settled in election night my thoughts turned to those most vulnerable to the reactionary rhetoric on which he built his campaign. My immediate concern is for my immigrant friends, whose family members and neighbors fear Trump’s call for mass deportations in 2017. I also worry that Muslim residents of my city and state will see an increase in verbal and physical attacks. The potential for police violence to escalate against black Americans as law enforcement officers feel emboldened by Trump’s call for law and order is yet another concern. And of course I’m concerned for women, especially women of color, who will now feel more vulnerable as an abuser of women assumes the presidency.

On another level, I am concerned by rhetoric blaming and disparaging white industrial workers, who by big margins sided with Trump, will create a more divisive political climate. Recall that over 52 percent of white college graduates cast a Trump vote.

The establishments of both parties have ignored the fears, discontent and declining living standards in rust belt states. These workers feel their hard work is undervalued by those who benefit the most from the new high-tech, service economy. Any new emerging political left-of-center coalition must reach across this political and class/occupational gap with programmatic solutions to these workers’ legitimate grievances in order build bridges for political understanding.

The distance between those who voted for Trump and those for Clinton is not nearly so wide as it seems. Millions who voted for Clinton would have preferred Bernie Sanders. A significant number of Trump supporters opposed to bad trade deals may have voted for Sanders as he too was seen as an anti-establishment candidate. A statistically significant number of Trump voters cast a ballot for Obama in 2008 and 2012. This overlap could be a fruitful intersection for dialogue. Yes, it is likely many white industrial workers voting for Trump harbor prejudices, (so too the college educated) but they are also good parents and neighbors and hard workers just like those who voted for Clinton.

Youth and students struggling to find decent paying work, burdened with debt and facing an insecure future have similar concerns as white workers do in the rust belt areas. The cultural gap is wide, especially with youth and students of color, but a youth and student political program that supported the demands of these industrial workers and their communities could open a mutually beneficial dialogue.

I admit I may lean toward overestimating the possibilities, but it is the intent of this commentary to challenge us to look for the opportunities for meaningful social change that were revealed by this election long before Election Day arrived. Underlying the lack of faith in the establishment of the two parities is a rejection of the neo-liberal capitalist economic policies that both parties largely follow. NAFTA, banking deregulation, TPP, privatization of public services; the list goes on. What we can now call the Sanders wing of the Democratic Party challenged these policies; the Clinton-Podesta-Kerry-Reid wing did not and will not.

In June, anticipating that Bernie Sanders would fall short of getting the nomination, I wrote that the task ahead is to build an independent political and electoral movement to fight for a peaceful foreign policy, racial justice and economic security. This is ever more urgent now. I said as well, that to place hope in the Democratic Party to lead this fight is to take a path toward political irrelevance among the tens of millions looking for a viable alternative with the ability to govern.

This said, all efforts to bring people into the political struggle along the lines of a Sanders program and his political perspective is meaningful. Sanders’s Our Revolution is promising even though it is limited somewhat by its 501(c)4 status and that it’s purpose appears to be to reform the Democratic Party into a progressive, pro-labor, people’s party. In a New York Times editorial (November 11) Sanders said, “I believe strongly that the party must break loose from its corporate establishment ties and, once again, become a grass-roots party of working people, the elderly and the poor.” Whether the big money owners of the party and centrist leadership will allow such a “takeover” remains to be seen.

It’s possible a split would develop over the anti-establishment demands advocated by Our Revolution. One or the other faction would leave the party. Likely it would be the Sanders wing given the legal issues involved. This would be a positive development and give Americans an unencumbered political alternative with the potential to attract a working class majority. On the other hand, if the Bernie wing yields to pressures to accommodate the center and big money it will loose grassroots support.

Furthermore, if it doesn’t oppose the long-standing bi-partisan imperialist foreign policy and offer Americans a plan for a peaceful foreign policy it will not appeal to young people, African-Americans, Latin American immigrants and working class families and the poor whose sons and daughters are recruited to fight the wars.

These are reasons why developing a political program and experimenting with grassroots electoral initiatives independent of efforts to reform the Democratic Party must be developed to pull the electorate leftward. Such efforts where ever possible would collaborate with Our Revolution, the Green Party, other left parties, local Democratic political entities and grassroots community and people’s movements. For now a multi-pronged approach is better than putting all the effort into any one form in order to provide people various means to be engaged in the struggle. Political experience and outcomes will show which route(s) are most effective. The good thing is that there are now many ways for people to be involved.

For this reason, people’s movements need to come together to create a political program, a Sanders-plus program, to offer the American people meaningful solutions and candidates in the 2018-midterm elections. Without independent alternatives in 2018, I fear the opportunity to build on the politics generated by the Bernie Sanders campaign will be missed. People are not going to be looking for re-branded neo-liberal candidates.

The opportunity exists to build a working class-progressive-youth-and oppressed people’s political and electoral coalition, but not without a principled fight against racism, sexism and xenophobia. Sanders generated significant support among white working class voters by pointing to the billionaire class as the culprit and by opposing free trade agreements. With pressure from Black Lives Matter he took principled public stands against police violence, mass incarceration, Islamaphobia and anti-immigrant rhetoric. His support among the white working class and union members did not suffer as a result. This too is evidence, albeit it tenuous, that the centuries-old racial divide could be bridged. And even if this appears ever more remote with the Trump victory, we have no choice but to make the fight against the ideology of white supremacy central to all political struggle and programs. No progress is possible on any front if white activists do not make this work a priority.

Despite Trump’s win, the upsurge behind Sanders, coupled with growing people’s movements in numerous arenas of struggle, represents an opportunity not seen since the 1930 and 40’s to forge an independent political challenge to the two major parties. To capitalize on these developments means preparing to run 30 to 50 candidates for Congress in the 2018 mid-term election on a Sanders program – plus a program for peace.

Only independent political action and a program for peace can provide the guidance necessary to motivate, organize and defeat the right wing, Trump and imperialism. Perhaps some Democratic politicians will join such a movement, most certainly tens of millions of its voters have indicated they will. There are many proposals and initiatives in play; most tie themselves to the Democratic Party. Yet, it seems unrealistic to expect the masses of voters to rally around a plan to rebuild a party that to one degree or another they find lacking, whom a majority of young people find uninspiring and an overwhelming majority of white workers rejected. Time will tell.

A confrontation for power with the two parties may be years away, but Americans’ response to the Sanders campaign and even the anger of white working class voters who succumbed to Trump’s reactionary rhetoric, shows such a confrontation is on the horizon. The question is will our political future move in a progressive, democratic direction or sink further into the reactionary swamp the GOP cultivated and from which Trump and the Tea Party emerged.

Local elections in 2017 present an opportunity to gain momentum and experience for 2018 and beyond. Now is the time to begin discussions. In my essay Occupy the 2016 Election, published in the fall of 2014, I suggest a process modeled after political conventions black Americans held to guide their fight against slavery and that were again revived in the late 1960s. In this essay I say:

“In the late 1960s and early 70s the Modern Black Convention Movement played a key role in formulating a strategy in the electoral arena to advance a program for Black Liberation. These conventions were models of participatory democracy, debate, principle, unity and embodied a spirit of struggle that would fit today’s challenges.” This independent initiative was eventually coopted into the Democratic Party.

Yet, I would not discourage anyone from seeking social change through the Democratic Party if this is where they feel most comfortable. Injecting new determined activists into the party could prompt its progressive wing to challenge the centrist leadership. A showdown is likely to create a conflict over economic and social policy through which more people come to realize that what is required is an independent political formation.

When Donald Trump cannot or will not meet the expectations of his voters, an independent political program that speaks to their economic issues will be a vehicle to reach out to them politically. At the same time, such a political program must clearly convey that their economic security is conditional on their supporting economic security for people of color, immigrants and women; and it means leaving behind the influence of racism, nativism and male chauvinism. This is the deal. There are no other deals anymore. Global capitalism finds these workers as expendable and exploitable as immigrants and the millions shut out of work entirely. At some point the reality will settle in that Donald Trump will not become their champion for higher wages, job security and union representation.

The election outcome was made possible because the establishments of both parties for decades ignored or paid lip service to the anger of white working class voters and struggling rural communities on which Trump built his campaign. Trump merged their sense of neglect with existing degrees of racist and nativist thinking that leads to blaming others for what should be blamed on capitalism. Agreeing on the later is the key to building a movement with the power to transform the economy, social relations and end the long-standing imperialist foreign policy supported by both political parties. The 2016 election, in my mind, reveals there exists equal parts danger and opportunity. Let’s fight like hell to make the latter lead to a better nation and a more peaceful world.

I am a writer and activist based in Minnesota and the author of “Which Way Forward?: Challenge the Two-Party Capitalist System,” published November 2015, by the press I founded, Adonde Press. Contact: wanealis@gmail.com.

Scroll down for other articles on the 2016 election posted since June 2014.